Cohesion And Coupling – Approach for Design 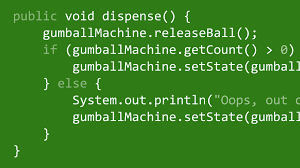 If software system is not properly modularized, then it will create problem when sytems changes are required. A good software design help in clean decomposition of a problem into modules and arrangement of these modules. Therefor system analyst, should must design application with goal of high cohesion and low coupling.

As this topic is big for clarification, we have divided into two parts.

Secod part of this is available here

Cohesion is a measure of how closely related the members (classes, methods, functions within a method) of a module are to the other members of the same module. It is always advisable that components should contain only functionality specifically related to that component.It indicate the degree which a class has a single well focused purposed. The more focused a class is, the higher its cohesiveness.

When we work on big project,we can find different kind of Cohesion in the system. Let us have a look on these types to better understand this.

Modules with low levels of cohesion are highly undesirable and should be modified or replaced.

There are situation when developer add many funcions in on class, just to group them. There is no similarity in the function. This is called Coincidental cohesion. An example of this could be a Utility class where elements are completely independend of each other. We group them in utility class so that any other class can use.

Below class has three functions SendEmailNotification, PrepareCustomerObject and PrintCustomerReport. These functions are not related to each other, but these are grouped in one Helper Class so that other can use them when required that functionality.

To easily maintable code, these three function should be created in seprate helper class. We can also put these in resptected class as these will be called from there only.

Logical cohesion is when parts of a module are grouped because they are logically categorized to do the same thing, even if they are different by nature.

If user want national sales report then he has to pass flag value 3 to function. This will print require report. Complete code is written in one fuctions, so even though we require LocalSalesReport, we have to call PrintAll. This can be changed like below to call specific function, instead of calling with argument.

Temporal cohesion is when parts of a module are grouped into a procedure and executed together during the same time-frame. When we create Window Services, we need to initialize some objects to be used by application at runtime.

Instead of initializing code in constructor, we should initialize code using properties. So that object will be initialized when property is called.

Modules with moderate cohesion are acceptable, but not ideal. We should consider modifying them, but that changes might introduce other design problems, so we might have to leave these as they are.

This type of Cohesion is supported in module where set of activity need to be done one after another. That activities may be unrelated. Let us take example of folllowing module where sql query is execute using ADO.NET classe.

In this example record is fetched from database. We have to use SqlConnection, SqlCommand, SqlDataReader which is different in terms of functionality. But all of them make a complete procedure to get records from database.

This type of Cohesion is supported in module where set of activity need to be done one after another. That activities must be related to each other. Let us take example of folllowing module where student GPA score is prepared based on marks.

Above listed activity can be clubed in one function as input for all is student grade record.

A module exhibits communicational cohesion if all the activities it supports use the same input or output data or it access and modify the same part of a data structure. Let us take an example of online book buying set where user can search books with different criteria. After searching, it show detail like following

Modules with high cohesion are extremely desirable, and don’t need to be changed.

A functionally cohesive module is one in which all of the elements contribute to a single, well-defined task. Simply put, functional cohesion is when a function does only one thing. Let us take example of Math class in C#. Functions like Min, Max, Pow, Avg, Round,Sqrt all are focused on one task.

Continue second part of this topic.

I have around 14 years of Experience in Web Based Application. In this experience, I have worked with various technology like SalesForce, .NET, .NET Core, MS Dynamic CRM, Azure, Oracle, SQl Server, WCF, Ionic, Angular. I am more focused on Technology instead of Management. I love to know and research about new technology.

Cohesion And Coupling – Approach for Design –... 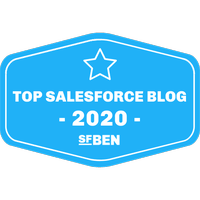